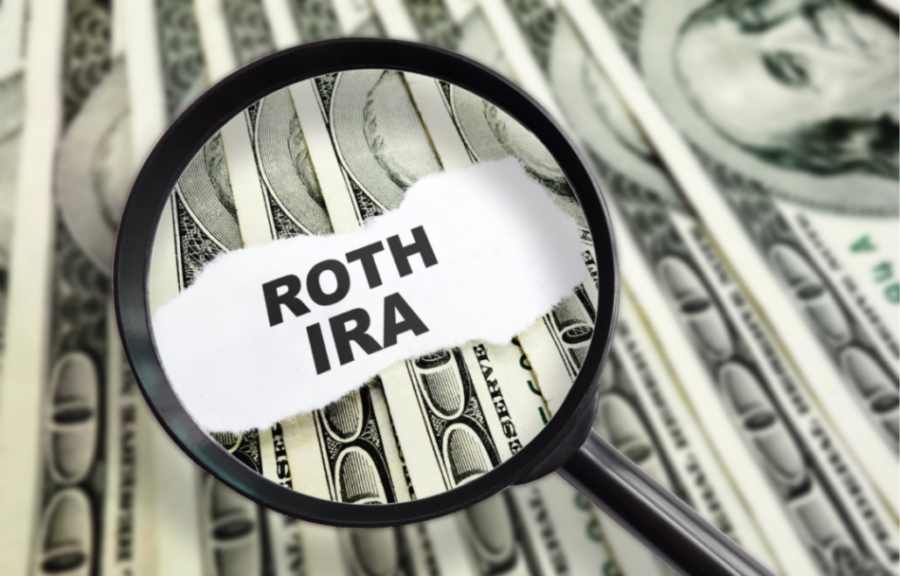 Why Everyone is Talking About Roth IRAs Right Now

Prior to June 24, 2021 most people were probably under the impression that Roth IRAs were pretty boring. You may have told your kid or grandkid to set one up when they got their first job. There are income limits to be able to contribute to a Roth IRA and you can’t take the money out until you’re retired, in most cases.

Then an investigative journalism organization called ProPublica published an article that detailed how Peter Thiel built his Roth IRA to a (take a deep breath) $5 billion balance.

If you’re not familiar with Peter Thiel, he’s the billionaire entrepreneur and venture capitalist most known for co-founding the company that became PayPal and also for being the first outside investor in Facebook.

What’s surprising about this though, is the fact that wealthy people aren’t usually thought of as having Roth IRAs, and if someone does have one there’s usually not that much money in it. The contribution limits, even in 2021, are only $6,000 a year ($7,000 if you’re over the age of 50).

So, how did this guy build a Roth IRA up to $5 billion? Thiel’s background and the balance of the account actually reveal the answer.

According to the article,1 Thiel was advised to deposit his “founders shares” in a Roth IRA instead of a different type of retirement account. Roth IRA contributions are not tax deductible in the year of contribution. The logic was, if his company did well, as long as he reached age 59.5, the money would be able to be withdrawn tax free. This is compared to traditional retirement accounts like a 401(k), that provide the advantage of shielding the contribution from taxes in the year of contribution, but requiring tax on distributions when they come out of the account later.

These are the same Roth IRA rules that are available to everyone.

What’s unique about his Roth IRA was the investment itself. He had the private shares of his own company in the account. Just about nobody has access to this type of investment. The value of these shares is what made it possible for his account to grow so quickly and to such a staggering figure. The shares were reportedly bought for $0.001 dollars (that’s one tenth of one penny).

This valuing of his shares is what is likely to come under scrutiny from the IRS and will probably get debated for years to come. The logic and execution of the actual location of the stock in his Roth IRA though, is completely above the line legally and something anyone can do.

What does this mean to the rest of us non-billionaires out there?

Think about how you can use the Roth IRA rules to grow and keep as much of your hard-earned money as possible.

One way to do this is to locate your investments with the highest potential return in a Roth IRA. If you have growth stocks and dividend stocks, think about getting as many of the growth stocks in a Roth account as possible.

If you don’t have access to a Roth IRA because you make more than the limit for a full contribution ($125,000 for single filers and $198,000 for joint filers in 2021, assuming no contributions to traditional IRA’s), take a good look at the efficacy of completing a Roth conversion. You’ll have to pay tax on any money you convert at your income rates, but once the money is in the Roth IRA, you can take it out tax free as long as the account has been open for five years and you’re aged 59.5 or older. Roth conversions can look even better if your income is temporarily low in a particular year.

Roth IRAs can also make great assets to leave to the next generation because the distributions, in most cases, come out tax free. Even if the beneficiaries have to liquidate the account in a maximum period of ten years (thanks to the SECURE Act), the account gets liquidated tax free. For example, let’s say you convert $50,000 this year, pay income tax on it, and it grows at an 8.00% annual return net of fees; after 20 years that account would be worth $233,048. That’s $183,048 of growth that will get distributed tax free.

We may not be building our Roth IRAs to billions of dollars anytime soon. It’s all relative though, and if you’d like to grow and keep more of your hard-earned wealth in your family, a Roth IRA can be a great way to do it.

As always, if you’d like to speak in more detail about how this article relates to your own circumstances, goals and intentions, please reach out and schedule a time to speak with me. Everyone’s situation is different and Roth IRAs aren’t for everybody. For the right person at the right time though, these accounts can be a valuable addition to a comprehensive financial strategy.

The information herein is general and educational in nature and should not be considered legal or tax advice. Tax laws and regulations are complex and subject to change; you should consult your tax professional before engaging in any transaction.

Sign up below to receive the "Biondo Perspectives" Quarterly Newsletter