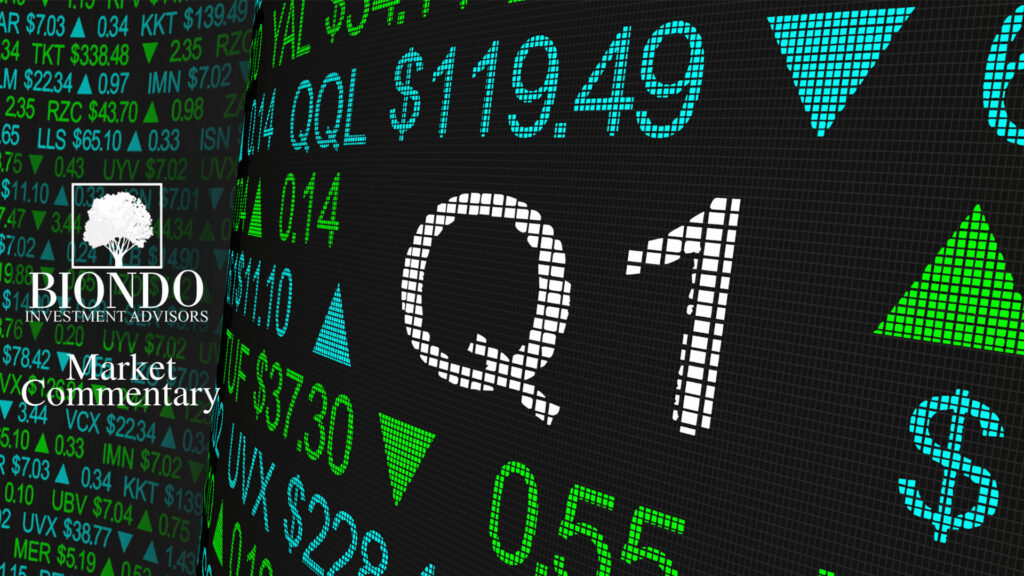 After a historically calm 2021, volatility returned in full force during the first quarter of 2022.  Driven by surging inflation, the Federal Reserve raising interest rates, and the Russian invasion of the Ukraine, global markets largely reacted with lower prices.  During the quarter, inflation readings surged to 40-year highs.  In response, the Federal Reserve Board promised to raise interest rates faster than previously believed.  Also, the full-scale military invasion by Russia in Ukraine marked the first major military conflict in Europe in decades.

As 2022 began, inflation readings registered multi-decade highs, confirming that the price pressures that began in 2021 were accelerating.  That prompted multiple Federal Reserve officials to signal that interest rate hikes would be faster and more significant than markets previously thought.  The Federal Reserve followed by raising the target range for the Federal Funds rate by 0.25%, to 0.25-0.50%.  Investors should be reminded that the mandate of the Fed is two-fold – an economy that provides for maximum employment and an inflation target of 2% or lower.

The prospect of interest rate hikes weighed most heavily on sectors with the highest valuations, specifically growth-oriented technology stocks.  The steep declines in the sector exacerbated market volatility in January.  The S&P 500 Index ended January with the worst monthly return since the onset of the COVID-19 pandemic in March 2020.

The increase in inflation is driven primarily by supply chain bottlenecks, surging energy prices, and strong consumer demand.  As inflation readings have continued to rise, the Fed may be forced to tighten monetary policy in response.  The latest Federal Open Market Committee (FOMC) projections show inflation ending 2022 at +4.1% before falling to +2.6% in 2023.

The Fed has now firmly admitted that inflation is a problem, and will tighten policy in an attempt to bring it under control.  The Fed has started to raise rates and will begin its balance sheet reduction in the coming months.  They continue to believe, however, that a “soft landing” can be achieved for the economy.  A soft landing means that the economy can avoid recession despite the increase in interest rates.  At the most recent meeting, Fed Chair Jerome Powell cited the occurrence of such soft landings in 1965, 1984 and 1994. 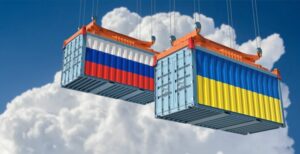 During February, the market’s primary concern shifted from monetary policy to geopolitics, as Russia amassed troops on the Ukrainian border, prompting warnings from the United States and other Western countries of an imminent invasion.  On February 24, these warnings of a Russian invasion of Ukraine were fulfilled, as Russia invaded in the early morning hours.  The conflict sent essential commodity prices, such as oil, wheat, corn and natural gas, surging as commodity producers and end users feared production disruptions and reduced supply.  Markets dropped in response to the invasion, as investors realized that these pressures only added to prior concerns about inflation.  While hopes faded for a quick resolution, the developed world united in opposition to Russia, imposing crushing economic sanctions on the Russian economy.  While these sanctions are clearly aimed at Russia, there is impact expected in Europe and other Western economies as well, since we live in an ever-connected global economy.

The major US equity markets all declined in the first quarter of 2022, with the S&P 500 down -4.60%, the Dow Jones Industrial Average declining by -4.10%, and the growth heavy Nasdaq 100 down -8.91% for the full quarter.  From a performance perspective, investors rotated away from higher valuation growth stocks and into sectors more exposed to the traditional economy, which typically trade at lower valuations, a continuance of the trend which began in late 2021. 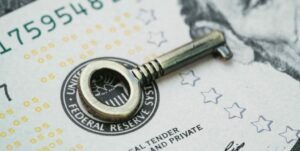 As the second quarter begins, markets face the most uncertainty since the pandemic began, with the same headwinds of inflation, monetary policy and geopolitical tensions.

As mentioned earlier, inflation remains at a near 40-year high, with the prices of major commodities rising in response to the Russia-Ukraine war. There is unlikely to be much short-term relief from these pressures.  Until we see inflation peak, the Federal Reserve is likely to aggressively raise rates, which over time can become an economic drag.

We also expect further detail from the Fed on its balance sheet reduction plan, which will explain how the Fed plans to unload the assets it purchased in the latest Quantitative Easing program, enacted in response to the pandemic.  If the details of this reduction are more aggressive or if the Fed hikes rates faster than current market expectations, further declines in assets are probable.

While there are clearly risks to investment portfolios, it is also important to note that the US economy is very strong and labor markets remain robust.  Even though interest rates are climbing, they are still well below that point at which most market participants fear may hobble economic growth.  While valuations remain above historic norms, they are well off their highs of 2021, and offer much more attractive long term entry points for investors willing to look past the current storm.

The labor market is in good shape, as evidenced by the near record number of job openings, while the unemployment rate is back to pre-pandemic levels of 3.6%.  Consumer spending and balance sheets are both solid due to stimulus payments, job gains and wage growth.  Consumer spending data is critical, as it drives roughly 70% of the US GDP.  At the most recent Fed meeting, Powell noted “the probability of recession within the next year is not particularly elevated,” citing strength in the economy even in the face of a less accommodative Fed.

In periods such as the present, it is important for investors to remember a few key things.  First, the economy and the equity market are not the same.  While economic events can and do impact markets, it is typically well in advance.  Thus, making investment decisions on what is currently occurring in the economy rarely yields positive results.  Second, volatility is not risk and is often the long-term investor’s best friend.  Therefore, investors with a horizon of greater than a few years should embrace volatility, as it often provides opportunity.  Lastly, behind every stock lies a tangible, operating business and the performance of the underlying business will be the ultimate driver of that stock’s performance.  While it may seem comfortable in the short run to reduce or eliminate a stock that is declining, in the long run, it seldom pays to sell shares of a high-quality, operating business that is well run by capable management teams.

While we came into 2022 expecting volatility – particularly in the first half of the year – this is a great time to review your financial plan and adjust expectations.  This should involve a full review of your overall asset allocation and risk tolerance.  As always, we strongly encourage you to take advantage of all that our Firm’s resources can bring to bear for you, which should help you to face the uncertain future with confidence.

As always, please feel free to reach out to our team so that we can review your specific personal situation and ensure that your portfolio reflects all variables.  We appreciate the opportunity to serve you and your financial needs, and appreciate the continued trust and confidence that you have placed in us as your financial partners. 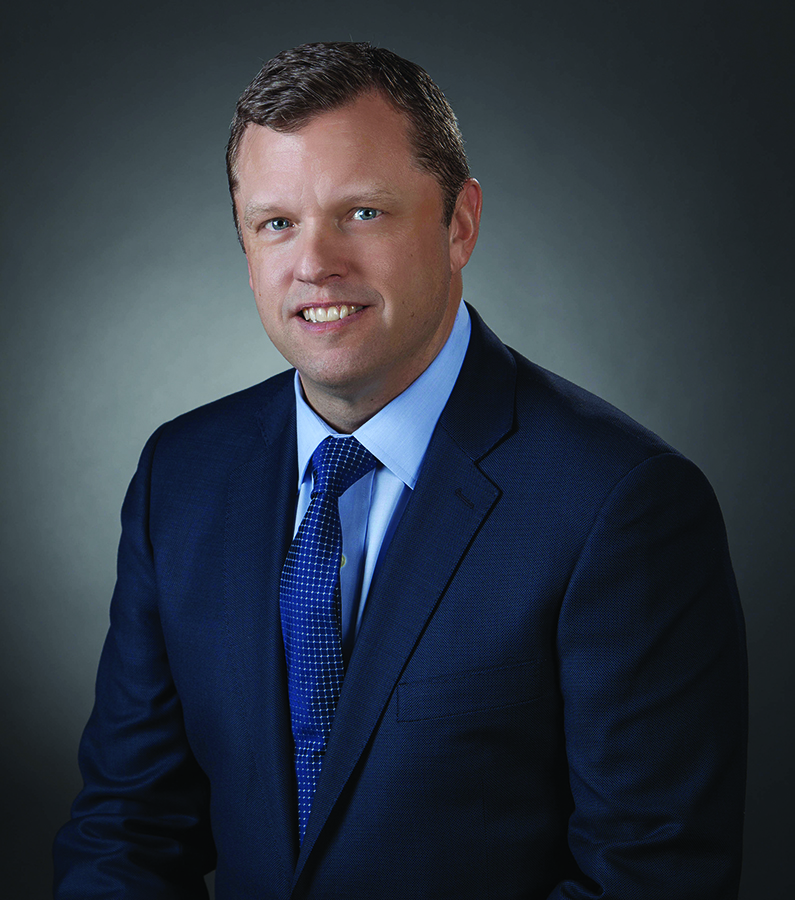 The information set forth regarding investments was obtained from sources that we believe reliable but we do not guarantee its accuracy or completeness. Neither the information nor opinion expressed constitutes a solicitation by us of the purchase or sale of any securities. Past performance does not guarantee future results.

Financial guidance to preserve, grow and manage wealth starts here. Click on the link and take your first step toward reaching your goals.

We use cookies on our website to give you the most relevant experience by remembering your preferences and repeat visits. By clicking “Accept All”, you consent to the use of ALL the cookies. However, you may visit "Cookie Settings" to provide a controlled consent.
Cookie SettingsAccept All
Manage consent

This website uses cookies to improve your experience while you navigate through the website. Out of these, the cookies that are categorized as necessary are stored on your browser as they are essential for the working of basic functionalities of the website. We also use third-party cookies that help us analyze and understand how you use this website. These cookies will be stored in your browser only with your consent. You also have the option to opt-out of these cookies. But opting out of some of these cookies may affect your browsing experience.
Necessary Always Enabled
Necessary cookies are absolutely essential for the website to function properly. These cookies ensure basic functionalities and security features of the website, anonymously.
Functional
Functional cookies help to perform certain functionalities like sharing the content of the website on social media platforms, collect feedbacks, and other third-party features.
Performance
Performance cookies are used to understand and analyze the key performance indexes of the website which helps in delivering a better user experience for the visitors.
Analytics
Analytical cookies are used to understand how visitors interact with the website. These cookies help provide information on metrics the number of visitors, bounce rate, traffic source, etc.
Advertisement
Advertisement cookies are used to provide visitors with relevant ads and marketing campaigns. These cookies track visitors across websites and collect information to provide customized ads.
Others
Other uncategorized cookies are those that are being analyzed and have not been classified into a category as yet.
SAVE & ACCEPT
Powered by